Learn about the heroin treatments and rehab in Boston

Heroin is an illegal, highly addictive drug processed from the seed pod of certain species of poppy plants. Along with other opioid drugs, heroin is considered to be one of the most serious public health issues in Massachusetts today.

While Boston drug rehab and emergency room admissions for heroin dropped in the 2000s, in the 2010s, heroin misuse surged along with the misuse of other dangerous opioid drugs. Today, heroin use disorder is a leading cause of admission to drug rehabs in the Greater Boston Area.

How is heroin used?

Pure heroin is a white powder with a bitter taste that can be injected, snorted, or smoked. Pure heroin, however, is relatively rare outside of limited medical applications.

Most heroin sold in the street tends to be adulterated. It is typically sold as a white or brownish powder that is “cut” with sugars, starch, powdered milk, or quinine. It may also be cut with other drugs such as PCP, fentanyl, and many others.

The impure heroin that is more typically found is usually dissolved, diluted, and injected into veins, muscles, or under the skin. While intravenous use is by far most common among individuals with severe heroin or opioid use disorders, smoking and snorting are often more appealing to new users because it removes the stigma associated with injection drug use.

What are the effects of regular heroin use?

Almost immediately upon using heroin, users can experience euphoria, a warm flushing of the skin, dry mouth, heaviness in the arms and legs, and poor cognition. These effects can continue for many hours, and users can swing from hyper-alertness to drowsiness.

Regular heroin use can result in several different health issues, including:

Overdoses, both fatal and non-fatal, are of particular concern for users of street heroin. This is because it is often impossible to determine the substances used to cut the heroin, which may complicate treatment in an emergency room or rehab center.

What is heroin use disorder?

Heroin use disorder is a type of substance use disorder linked to the consumption of heroin and other powerful opioids. Developing a substance use disorder (a term that covers conditions formerly known as abuse and addiction) is extremely common among so-called casual users of heroin. This disease is characterized by compulsive drug-seeking and withdrawal symptoms when the individual stops taking heroin or other opioids.

Heroin use disorder interferes and essentially halts normal living as the affected person prioritizes finding and using heroin. When heroin is unavailable, it is extremely common for people with heroin use disorder to misuse other opioids or try other drugs to prevent extremely uncomfortable withdrawal symptoms.

While there have been strides by Massachusetts and Boston authorities to treat the disease as a public health issue, the disease, unfortunately, comes with the risk of being arrested and jailed for use or actions related to use.

Why is heroin so addictive?

As with other powerful opioids, heroin use is associated with a highly pleasurable rush and sensation of euphoria. The extreme pleasure of the initial use can, in some cases, lead to some people becoming hooked immediately.

While most people can use heroin once without developing a heroin use disorder, the risk is extremely high and goes up with regular use. There may be a genetic component to the development of opioid addiction/disorder (known as the so-called “addictive personality”).

Other risk factors for heroin or opioid use disorder can include psychological issues such as post-traumatic stress disorder, bipolar disorder, personality disorder, anxiety and panic disorder, and attention deficit hyperactivity disorder. A family history of substance misuse can also increase an individual’s risk.

Why is professional help needed for heroin use disorder? 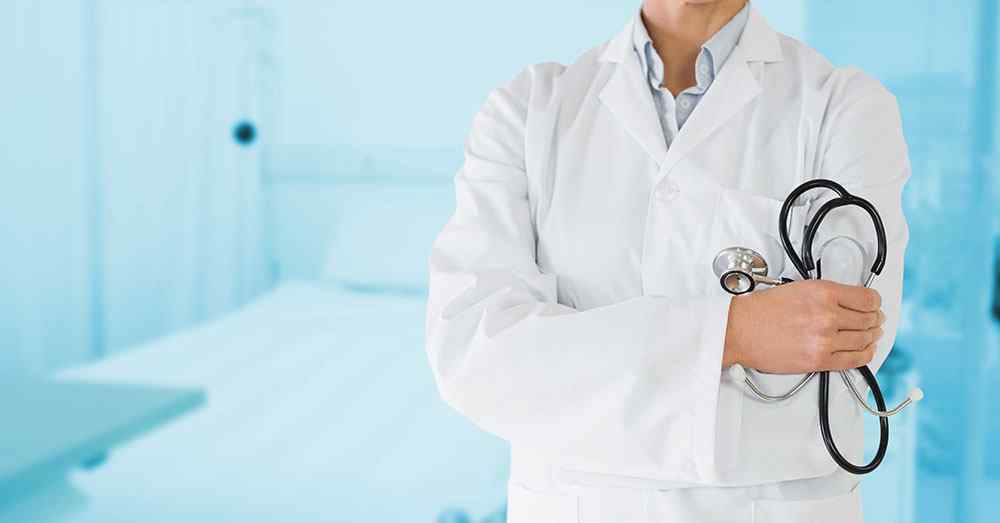 In most cases, heroin use disorder is a disease that can’t be overcome without professional help through drug rehab and treatment programs. The potential lethality of abrupt withdrawal, uncomfortable withdrawal symptoms, and extremely powerful compulsion to use opioids generally results in poor outcomes for those that try to quit by themselves.

How is heroin use disorder treated?

Today, it’s generally understood that drug rehab options need to be highly individualized for each patient. Successful outcomes often rely on trying a selection of different options until the patient finds a set of treatments that work well for their situation.

For instance, relatively mild cases of heroin use disorder may not need residential withdrawal management and detox programs. In Boston, several local drug rehab facilities offer outpatient treatments that may be appropriate for these cases. However, more severe cases may only be realistically treated in a residential detox program.

In any case, it’s normally recommended that patients who can pay for it enter a long-term residential rehab or sober living program immediately after detox.

Powerful opioids like heroin can significantly alter the brain’s pathways and it may take months or years before cravings become controllable. Residential programs reduce the number of relapse triggers a recovering individual is likely to encounter as their brain heals. Time spent in these programs can also help them learn better coping techniques and practical life skills that could be used in the real world.

What treatment options are there for heroin use disorder?

A variety of effective heroin treatments are available, including both behavioral and pharmacological (medications). Both approaches help to restore a degree of normalcy to brain function and behavior, after the initial stage of heroin withdrawal and detox.

Although behavioral and pharmacologic treatments can be extremely useful when utilized alone, research shows that for some people, integrating both types of heroin addiction treatments is the most effective approach.

When people addicted to opioids first quit, they undergo withdrawal symptoms (pain, diarrhea, nausea, and vomiting), which may be severe. Medications can be helpful in this heroin detox stage to ease craving and other physical symptoms, which often prompt a person to relapse. While not a treatment for addiction itself, heroin detox is a useful first step when it is followed by attendance in one of the many available evidence-based treatment programs.

What is opioid replacement therapy?

One controversial, though effective, method of treatment is opioid replacement therapy. The concept behind this is to replace heroin with a less harmful opioid drug, such as methadone, codeine or morphine, in gradually tapered doses. This helps the patient avoid the worst withdrawal symptoms altogether while reducing (though not eliminating) their opioid tolerance and relative risk.

However, opioid replacement therapy may take months or years until the patient can be totally weaned off opioid drugs. The replacement drugs may also have a relatively high potential for abuse themselves.

How to improve heroin treatment outcomes

With all the possible heroin addiction treatment options, it’s important to keep in mind that what a person experiences during recovery will solely depend on specific factors including how long they have been using and how severe their substance misuse is.

Recovery will also depend on the individual’s ability to understand and cope with other challenges, such as underlying psychological problems that may have caused or been caused by heroin use. For this reason, therapy and lifestyle shifts to address problems that led to heroin use are often critical.

Successful outcomes are most likely when a holistic treatment approach is used. Holistic heroin treatment approaches, in most cases, involve therapy, medication, support groups, and lifestyle changes at the bare minimum. Fortunately, a wide selection of proven treatments is available at both inpatient and outpatient treatment centers in the Greater Boston Area.

Aftercare or treatment that is continued after drug rehab can also be a predictor of long-term success. Government studies show that people who remain in treatment and stay connected to support groups for at least one year, even on an outpatient basis, are more likely to stay sober after rehab.

Heroin use disorder treatments in Boston

While Boston has been hit harder by heroin than many other major American cities, it is also a major hub for medical research and innovation. Fortunately, Bostonians are among the first in the country to have access to the latest developments in drug rehab and treatment.

Some treatment options for heroin use disorder in Boston include the following:

When choosing the right Boston rehab for you, you’ll want to consider amenities, features, cost, location, treatment philosophy, and whether they accept your insurance.

If you are interested in finding out more about the heroin addiction treatment programs that are available in your area, call Boston Drug Treatment Centers today at (857) 577-8193. Our team of professionals can guide you through the process of choosing the most effective options to help you or someone you love.

Heroin, fentanyl, and other opioids remain the number one illicit drug problem in the country. With the opioid epidemic still ravaging Massachusetts and much of the United

There’s a lot of hokey pop-culture depictions about hypnosis, virtually all of which are untrue. Unfortunately, these depictions have done a lot to erode confidence in

Why You Need to Discuss Drinking Habits With Your Doctor

America has a conflicted relationship with alcohol, at times, celebrating and condemning its use. It’s no surprise, then, that many people who potentially have alcohol use

Is Group Therapy That Important?

Most clinicians would say “yes”. As behavioral science and neuroscience uncover more things about substance use disorder (SUD), rehabs have, over time, readjusted their treatment approaches.

Is Acupuncture a Legitimate SUD Therapy?

Acupuncture is a type of alternative medicine where thin sterilized needles are inserted into the body to bring a specific effect. Though it has roots in

For those seeking addiction treatment for themselves or a loved one, our calls are confidential and are available for 24/7 help.

Calls from your area will be answered by Legacy Healing Center, and network of treatment centers who can be found here www.rehabsnearyoudisclosures.com

We are available 24/7 to discuss your treatment options. Our representatives work for a treatment center and will discuss whether their facility may be an option for you.

These calls are offered at no cost to you and with no obligation to enter into treatment. Neither this site nor anyone who answers the call receives a commission or fee dependent upon which treatment provider a visitor may ultimately choose.

If you wish to explore additional treatment options or connect with a specific rehab center, you can: browse top-rated listings, visit our homepage, or visit SAMHSA, at www.samhsa.gov, or by calling 800-662-HELP. You may also contact The Florida Department of Children and Family Services at https://www.myflfamilies.com/